Here's a quick and updated overview of Linux distributions with Long Term Support (LTS). This means that these Linux distros remain the same version (usually most packages, including the Linux Kernel) but receive security updates until the end of the LTS period.

(TBV) No details yet, to be verified

CentOS is a distribution basically cloned from the commercial Red Hat Enterprise Linux (RHEL) distribution. The packages and versions are the same as the RHEL counterpart. There are only a few modifications made to the system, such as (yum) repository changes and other minor changes.

CentOS is a RPM based Linux distributions. Packages are installed using the RPM format, primarily through the YUM package manager.

Debian is for many considered the mother ship of Linux distributions as there are many derivatives (~= forks) of Debian, including the very widely used Ubuntu Linux.

Debian follows a strict rule of only using free software in its (main) repositories. The DFSG (Debian Free Software Guidelines) describes what kind of software shall and shall not be used in Debian.

This Linux distribution is widely used and has, at least in the past, had a reputation of being outdated. The reason for this is that Debian focuses on stability and the Debian release cycles include a lot of testing before a new Debian version is released.

Debian uses the DEB package format for software installations. This distribution was the first distribution to release a package dependency resolving software (APT) in 1998.

Debian is also considered a very independent distribution as no company is owning Debian (although there are sponsors).

Mint, or mainly mentioned as "Linux Mint", is a distribution derived from Ubuntu's LTS version. The focus is clearly on the desktop and features multiple desktop types: Cinnamon, Mate, XFCE.

As its parent Ubuntu and grand-parent Debian, Mint is a DEB based Linux distribution. In the background the Ubuntu repositories are used for software installation and additional Mint repositories provide the special packages for Mint itself.

Linux Mint follows the release cycle of Ubuntu LTS and releases new versions based on the next Ubuntu LTS version.

openSUSE was created from SUSE Linux, one of the very first Linux distributions ever. The free distribution is used as the "base" for the commercial SLES (SUSE Linux Enterprise Server) distribution.

As of 2021 there are two different variants of openSUSE available: Tumbleweed is a rolling-upgrade distribution and Leap is the LTS variant.

openSUSE is a RPM based Linux distribution and uses ZYPPER as software manager.

Geeko, the chameleon, serves as mascot in the logo.

The distribution itself is free, including software updates. However support is commercially available.

Oracle Enterprise Linux is a RPM based Linux distribution and uses YUM as software manager.

Ubuntu Linux is a distribution derived from Debian Linux. It uses the exact same structures (filesystem, configuration paths, packaging methods) as Debian but is considered more up to date. Ubuntu does not follow the DFSG (see above); this means that additional (non free) packages are by default enabled.

The distribution itself is free (including updates) but Canonical, the company behind Ubuntu, offers commercial support and extended long term package updates.

Ubuntu has many derivatives from itself, including Linux Mint, Kubuntu, Xubuntu, Lubuntu and many more.

Red Hat, together with SUSE, are the dinosaurs of the Linux distributions. They were also the first distributions offering commercial support. Red Hat's original Linux (Red Hat Linux) moved on to the purely commercial version Red Hat Enterprise Linux (RHEL in short).

RHEL is known for its stability and longevity (with LTS versions ranging many years) – but also has a reputation of being outdated. However this fact can also be seen positively, looking at Embedded Devices for example.

This distribution is RPM based, using YUM as software manager. Updates can only be downloaded with an active support subscription.

The company behind RHEL, Red Hat Inc., was bought by IBM (officially: merged with IBM) in 2019.

SUSE (short for Software und System Entwicklung) Linux is a Linux distribution, originating from Nuremberg (Germany). Back in the days the "Suse Linux Professional" distribution was one of the first commercially available Linux distributions. The commercial edition SUSE Linux Enterprise Server (short: SLES) is available since version 8.

Same as RHEL, SLES is a purely commercial Linux distribution. Updates can only be installed using the SLES repositories with an active support subscription.

The openSUSE distribution serves as freely available "playground" before the stable SLES is released.

SLES is a RPM based Linux distribution and uses the ZYPPER software manager.

The company behind SLES, SUSE, has been through a lot of changes. It was bought (and then resold) by multiple companies, including Novell and Attachmate. Since 2018 SUSE is in the hands of EQT Partners, an investment group. 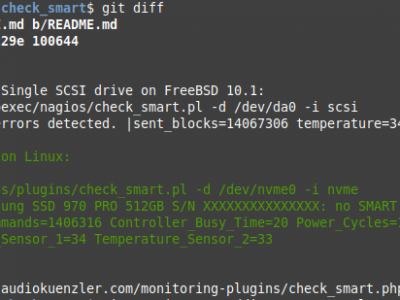