I've been playing video games for 35 years now. Meanwhile I even have a small YouTube channel publishing gaming footage, walkthroughs, and playthroughs. I am looking for several things in a video game. One of them is immersive storytelling and complex character development. And these were the things that CD Project Red announced for their "Cyberpunk 2077". Even though they delivered the beloved "The Witcher 3", I was fearing to face another overhyped disappointment like "No Man's Sky".

I own an Xbox Series X and a Playstation 5 but I have decided to play it on the PS5. Just because most of my friends chose this platform as well. Watching analysis videos made clear quite quickly, that – at least the current PS4 backward compatibility edition – is not comparable to the beautiful raytracing of the PC version. Still, I loved Night City, the architecture and lighting. It was much more interesting than boring New York in the open-world Spider-Man games. As the main story kickstarted I was hoping to have the same love I felt back when I played "Fallout 3" and "Fallout: New Vegas".

But all of a sudden, I got stuck in one of the main quests. I had to clear a room, follow an NPC outside and talk to him. Clearing the room was a challenge but possible and the NPC left the building. But he clipped through the closed door and I was stuck inside. No chance to get out or to talk to him through the door. I tried everything: Clipping through walls, going back to the start, killing myself to respawn, but nothing helped. I had to load an old save-game and chose another major decision at the beginning of the quest to prevent this bug from happening. The immersion was hurt a lot by that. Issues of this magnitude would happen two more times later in the game.

This is the major theme I had during my 180 missions that I played in roughly 64 hours. I loved the story and characters. But the game was buggy and shallow. This became fully clear whenever I was wanted by the police. The officers were spawning immediately in my near proximity. There was no real feeling of being approached and surrounded by the police, like we know it from the GTA games. Fleeing a scene felt artificial too. It was like the rubber-band cheating Mario Kart uses to keep the game interesting: This might impress casual gamers, but I was not.

I have had five playthroughs of "Fallout 3", tried to see every consequence there is. The complexity of decision making was impressive. That's not the case in Cyberpunk 2077. The origin story is cute but steers quickly into the generic main story. The additional possibilities introduced by the chosen origin are shown as rare speaking possibilities. They might change the discussion flow a bit or allow to speed things up. But in the end the decisions during the main arc were quite irrelevant for the major decisions at the end. I had the same feeling when I played "Mass Effect Andromeda", that was not comparable to the predecessors as well.

Still, I enjoyed my playthrough, even though of the bugs and simplifications. In the end this remains a compliment for the city and story. If you are willing to ignore such limitations and the technical issues, some of them will even make you laugh, then you are going to have a good time. Otherwise, you might have to wait a few months until CD Project Red was able to fix most of the major issues. I still doubt that they will reach the quality and quantity they have announced early on. But until then the Playstation 5 version might finally introduce raytracing as well. 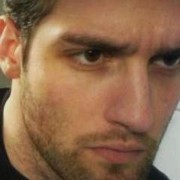 The day has come: Flash is EOL and dead

How to change the timezone in Linux